We need the help of South Carolinians just like you to make our state the best place to live and raise a family.

WE MUST SAVE WOMEN’S SPORTS

The destruction of women’s sports is well underway across the country. It is simply wrong, both morally and scientifically, for a biological male to take away opportunity from a woman in her sport. The presence of biological males in women’s sporting competitions is both unfair and potentially unsafe for females, and must be discontinued.

Let your South Carolina state Senators know that, while we love all people, we stand firm on God’s unique design of men and women, and that we need state legislation that will Save Women’s Sports in all stages of competition, including collegiate protections.

Take action today by contacting the members of the Senate Education Committee and express your support for S.531 with collegiate protections.

In a meeting following the adjournment of the House of Representatives, the House Rules Committee set H.4608 for special order. This “Save Women’s Sports legislation passed out of both the House Education Subcommittee and House Education Committee on Tuesday and Wednesday.

With the bill set for special order, the House will immediately begin debate on the floor on Tuesday, April 5th as they try to pass H.4608 before the cross-over deadline.

The Senate bill mirrors the House version of the bill (H.4608) which is currently stalled in the House Education K-12 Subcommittee.

Members of that subcommittee need to hear from you, so “Save Women’s Sports” legislation can become law before the legislative session comes to a close in May. 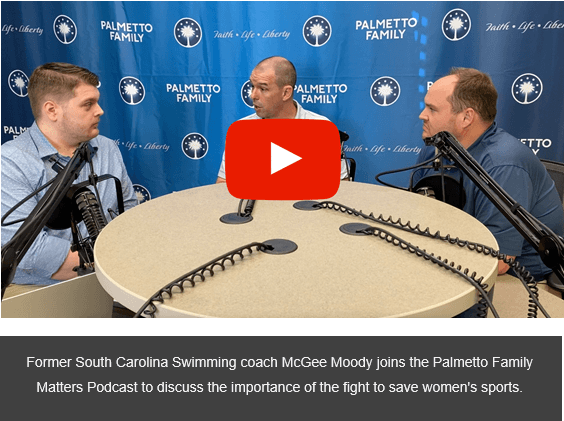